This latest Global e·dentity™ patent further enables organizations or countries using the company’s patented market-leading biometric identification technology to non-evasively scan for both 100% personal identification and health-related biometric markers, as necessary.   Global e-dentity’s™ identification with health screening can also be accomplished during the biometric identity checks or can be built into mobile technology to be used at screening locations like border crossings and airports, using either ultrasound, NIR, or near-infrared spectroscopy (NIRS) sensors. 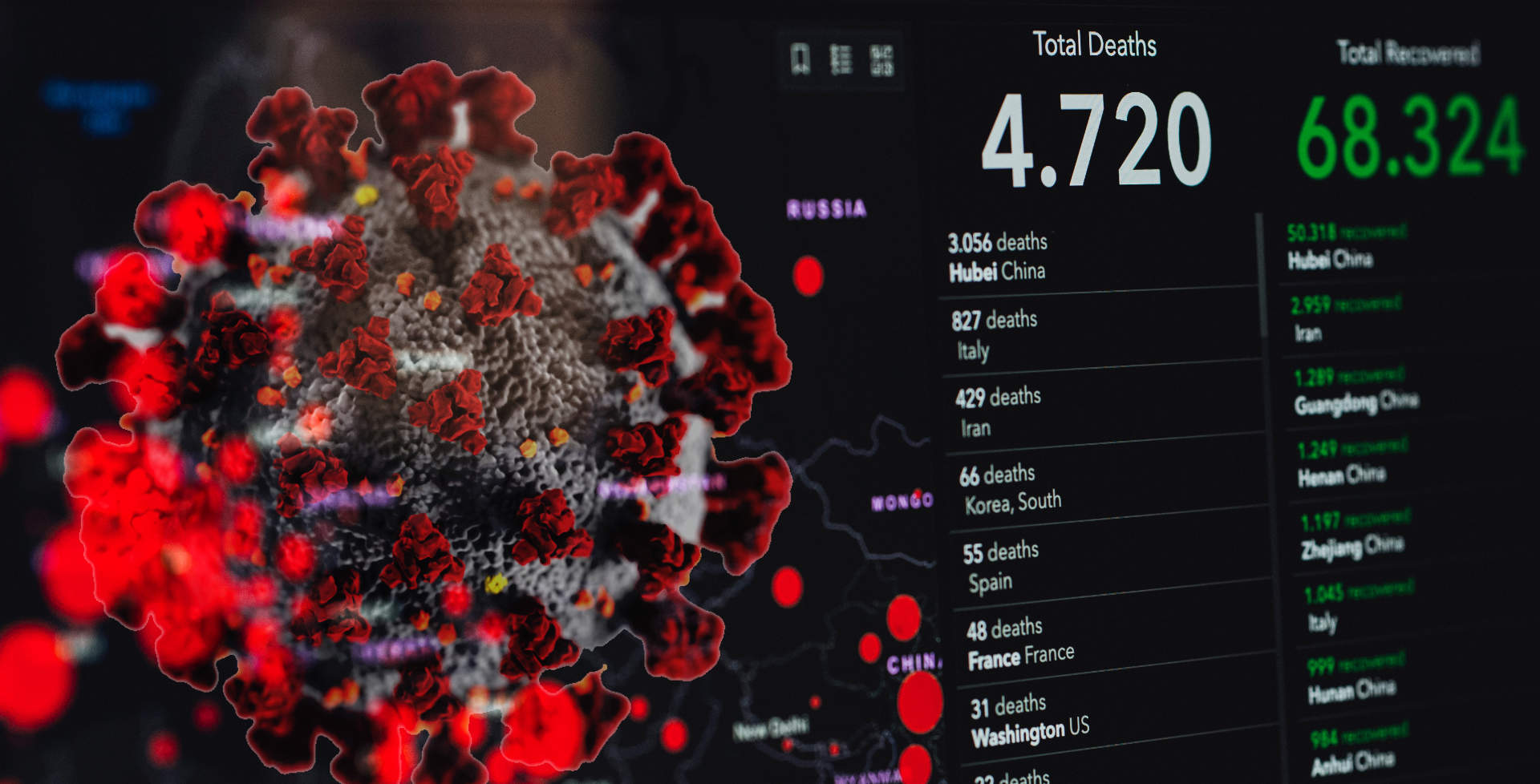 Global e·dentity’s™ newest patent US 10,880,303 is the first U.S. patent issued to detect the Covid family of viruses by its biometric identity from markers using chemosensory scanning (smell) that identifies the unique chemical odor signature associated with the metabolism of Covid-19 infection, thus quickly identifying individuals who are asymptomatic or pre-symptomatic.

Global e·dentity’s™ newest patent is the first U.S. patent (and the first identified technology in the world) to use biometric scanning to identify individuals who are asymptomatic or pre-symptomatic for Covid-19 or SARS. This latest Global e·dentity™ patent enables organizations or countries using the company’s market-leading biometric identification technology to scan for both 100% personal identification and Covid-19 or SARS by Chemosensory.

“I am humbled by the team’s efforts and surprised with all the other contenders whom I see as bigger than our company,” says Adams. “Our now multi patented technology covers a non-invasive way of validating anyone’s identity, like differentiating biological twins; our technology solves problems that old biometric technology, including the facial and iris scans being used by many of today’s tech giants, have not solved. Issues like misidentification of individuals with darker skin pigmentation or even stolen personal biometric markers won’t fool our tech, as our multimodal match rate is one is 7.53Billion.”

Global e∙dentity™ Second Patent issued in less than one year

Global e∙dentity™ was featured in this Friday Night News Feature on Jun 21, 2019 in a story about our published patent. Watch the clip here.

“Global e-dentity competed for and won the Red Herring Top 100 2019 Award. It is no surprise because the tale, the mission and the disruptive technology are aligned. Once in a while over the past 25 years, we have come across companies which could be transformative and they manage to create a patented platform which will be used in many verticals. In a few years, it will become a household name.”

The winners, celebrated at a special awards ceremony at the Westin Pasadena hotel, have been chosen from thousands of entrants, whittled down to hundreds making the trip to California. The ceremony, led by Red Herring chairman Alex Vieux, was preceded by two days of keynote speeches, discussions and finalist presentations.

Companies were judged by industry experts, insiders and journalists on a wide variety of criteria including financial performance, innovation, business strategy, and market penetration. Winners ran the gamut of verticals, from FinTech and Marketing to Security, IoT, and many more industries.

Red Herring’s editors have been evaluating the world’s startups and tech companies for over two decades. It gives them the ability to see through the industry’s hype to pick firms that will continue on a trajectory to success. Brands such as Alibaba, Google, Kakao, Skype, Spotify, Twitter and YouTube have all been singled out in Red Herring’s storied history.

“2019’s crop of Top 100 winners has been among our most intriguing yet,” said Vieux. “North America has led the way in tech for so many years, and to see such unique, pioneering entrepreneurs and companies here in California, which is in many ways the heartland of the industry, has been a thrilling experience.

“What has excited me most is to see so many people forging niches in high-tech and cutting edge sectors,” added Vieux. “Some of the technical wizardry and first-rate business models showcased here at the conference has been fantastic to learn about. We believe 2019 Global e∙dentity™ embodies the drive, skill and passion on which tech thrives. 2019 Global e∙dentity™ should be proud of its achievement – the competition was incredibly strong.”

Global e∙dentity™ was featured in Talk News Media's article for its biometric scanning device that can help border officials determine if migrant children are actually related to the adults accompanying them. 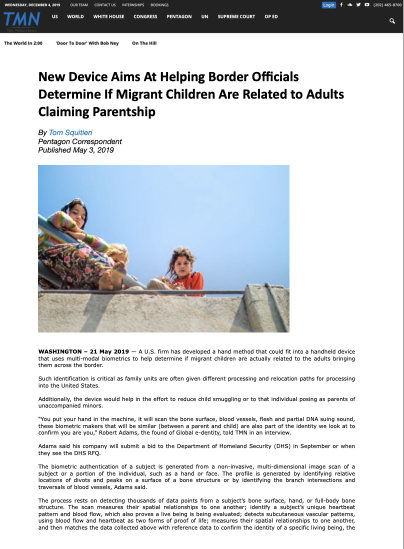 Apply through our careers page.

We were featured in Venture Nashville Connections on our biometrics technology.

0 Global e∙dentity™ received its first U.S. patent only 292 days after filing and also closed its first investment round